Confluent IPO: An exciting time for the community

This milestone is the beginning of an exciting journey for Confluent, the Kafka community and Lenses.

If you’ve been following Apache Kafka over the past few years, you’ll know a very important milestone has now been reached.

The company that was spun out of LinkedIn to propel this open-source technology to the future is now going Public. Well done Confluent, congratulations on your IPO!

It seems a long time ago that both Lenses (at the time known as Landoop/ Datamountaineer) and Confluent were small companies meeting together at Strata conference in London or San Francisco showing the world the value of streaming data amongst the old and traditional data technologies. 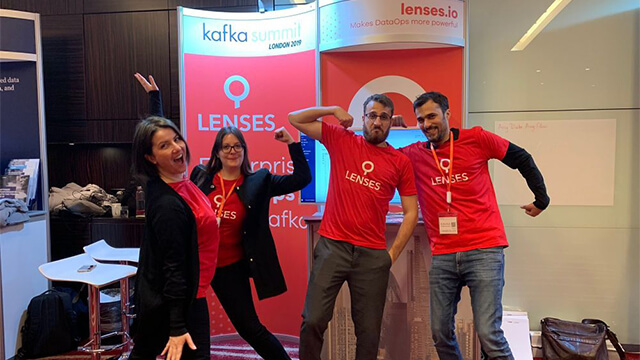 We shared the same vision. But our two businesses had different parts to play in bringing that vision to market.

Some see us as competitors. Although there is some slight overlap in our offerings (their KSQLDB to our Streaming SQL and Snapshot SQL engines), we are very complimentary. We have many common customers with their enterprise offerings, everything from the US Center for Disease Control to Generali and Tivo.

The efforts of Confluent and fueling a community and ecosystem such as Lenses has led to Kafka to become a key component of any data platform, opening up real-time data streams to allow a new generation of data products.

The level of adoption that only a handful of open-source projects have been able to achieve and the IPO is a testament of that. And although this is Confluent’s day, I’m proud of the role that Lenses has played both with our enterprise DataOps offering and our open-source developer tools.

What does this mean for Kafka? Great things. Continued investment in Kafka and its ecosystem from both Confluent and Lenses.

At Lenses we will not only accelerate the opening up of Kafka to more developers and users. We will push beyond to bring DataOps and simplify its usage in the wider data platform, enabling teams to take advantage of all the great technologies; Kubernetes, NoSQL database, RDBMS, graph databases, the list goes on.

For both our organisations, there is more innovation ahead of us than behind us. We know there is still much more work to do to keep up with the pace of change and the expectations of the developer community. Data intensity is upon us.