How Playtika Gains 300 Engineering Hours Per Day with Lenses.io 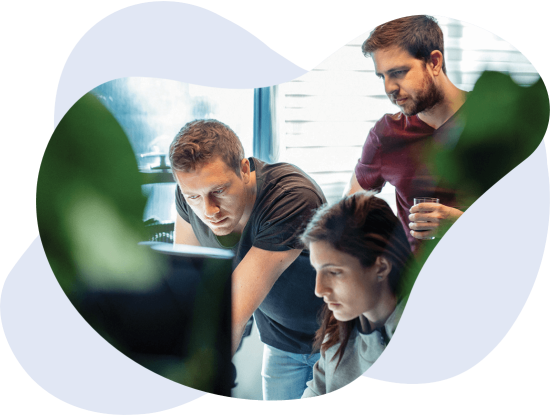 Playtika is one of the leading social mobile gaming companies, with 27+ million active monthly users and a team of more than 2.5 thousand developers, storytellers, explorers and data-scientists.

Playtika chose Apache Kafka and Kubernetes as the core platform for information exchange between microservices. The performance, wide adoption and scalability were crucial to this decision.

Initially, a large collection of Open-Source and in-house built tools were tested to cover some of the gaps in running and operating a realtime data platform. But it was once the architecture was defined that challenges started emerging: each project had to have a separate Kafka and Kubernetes cluster to isolate responsibilities - yet still remain consistent and scalable. How would they have the resources to build and maintain this platform?

Running multiple tools in parallel per cluster, would result in huge infrastructure costs, particularly when operating hundreds environments. If you add maintenance and development for scripts and automations, it would not only break the budget, it would require resourcing a team of tech experts dedicated to distributed technologies. This would:

a) Distract engineers from building out the core competency of the company - to deliver the best mobile gaming experience in the world.

b) Beyond engineering, Playtika wanted to provide a polished analytics experience to design, development, marketing and other teams, to generate greater insights with the streaming data powering their mobile experiences. As the lack of observability was slowing down the productivity of all teams, and building the required features in-house was complex and costly, something had to change.

Lenses.io has been a great choice for us, for delivering a polished and production ready platform experience over Apache Kafka across all our games, that significantly increases productivity for hundreds of users. That has enabled us to accelerated the delivery of new value to the market.

VP of IT Ops & Engineering at Playtika - Ella Vidra

A quick trial with Lenses demonstrated that the core principles of DataOps can easily be adopted: different roles on each project could now be on the same page. This enhanced collaboration, while empowering users - whether technical or not. Teams observed that everyone was benefiting from data and application visibility and access.

Without Lenses, looking into production issues with Kafka took hours. With Lenses it was a trivial task.

Apart from better understanding schemas, topics, data payloads, consumers, producers and applications, data engineers could also identify the needle in the haystack. That was a huge benefit: tasks that previously took hours to complete, could now be completed in a matter of minutes and investigating issues across production & non- production environments became trivial.

Once we had a production issue simultaneously impacting millions of online gamers. A team had spent hours looking in the wrong place, and we were about to trigger the DR (disaster recovery) environments. A quick look into Lenses revealed the underlying issue and it was resolved within 15 minutes.

Lenses data security and privacy checked off another key element of Playtika’s core requirements. A complete solution for observability, discovery, monitoring, alerting and security, meant that the company could avoid running tens of open- source and in-house tools and instead chose to collaborate with Lenses.

The value and return on investment was easily demonstrable to management. Today, hundreds of people across engineering and operations, use Lenses for observability and discovery, and to investigate and inspect Kafka through a clear, secure and centralized environment every day. They previously had to use dozens of different tools and run commands. Can you begin to imagine how much time, money and stress this saves?

In addition to DataOps excellence, less infrastructure cost, and strong monitoring and security, Playtika estimates the additional productivity is 30 minutes per day. That may not sound like much, but when you consider there are 600 users across engineering and operations, that’s over 300 working hours gained per day.

The above amounts to €2 million saved per year.

Now that’s a Return-on-Investment everyone is happy about.