How to integrate GitHub Actions into Apache Kafka via the Lenses.io CLI

This tutorial will illustrate how you can integrate GitHub Actions with Apache Kafka via Lenses.io CLI. GitHub Actions offers a powerful way of triggering workflows and allowing you to communicate with lots of systems using command line utilities.

Two reasons for sending events into Kafka through lenses.io using a CI/CD system would be to be consumed by a microservice or be processed by the powerful SQL Engine of lenses.io.

In order to follow this tutorial, you are going to need to have Lenses installed.

You can download the free Lenses Box from here, which comes with an instance of Lenses and a complete Kafka environment as a single Docker image.

The scenario also assumes the following:

You want to log to Kafka certain kinds of events that happen on a GitHub repository that you own using GitHub actions. These events can then be consumed by a microservice.

This section will illustrate the steps needed for implementing the scenario, starting with the creation of a new service account in Lenses. 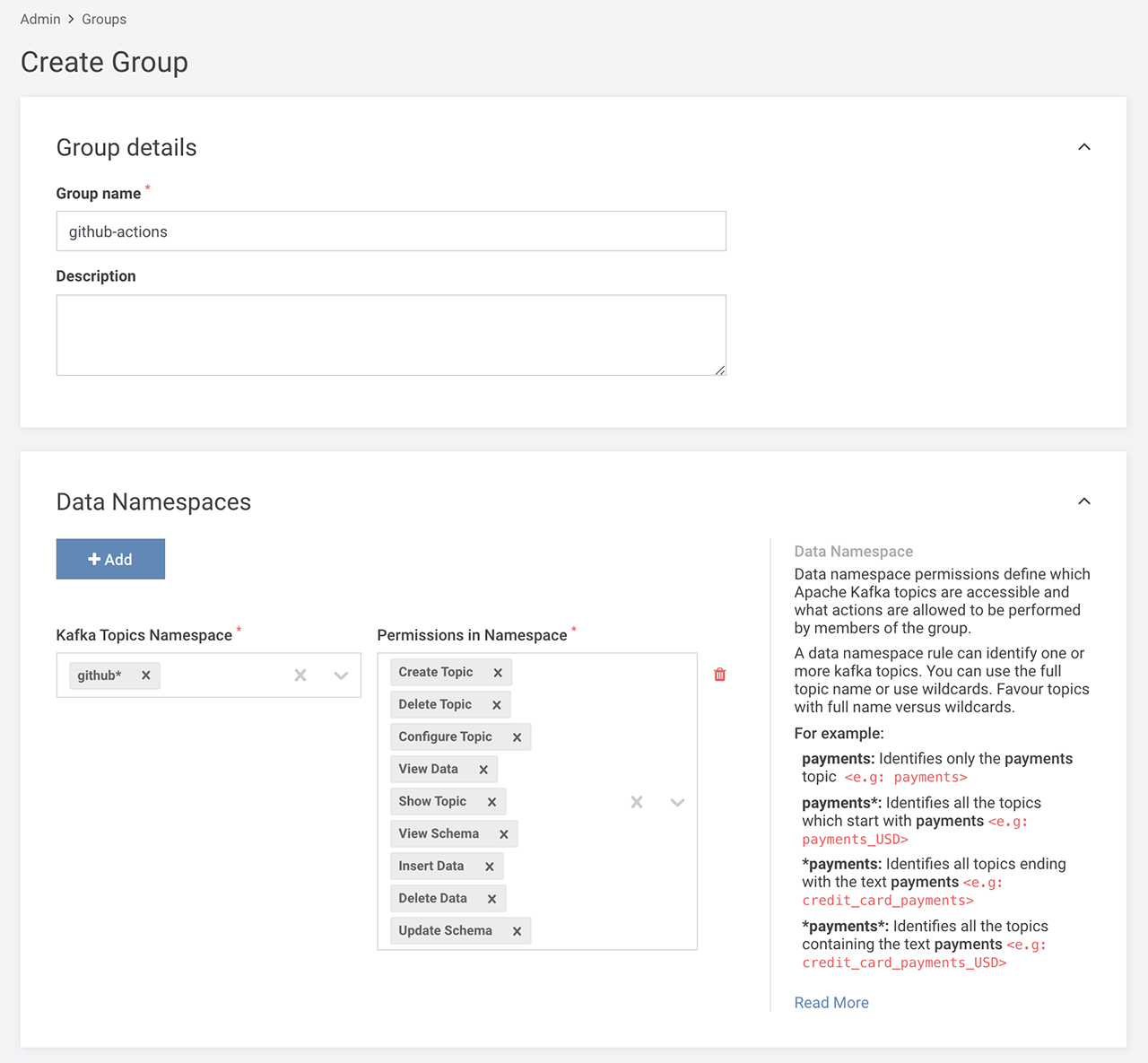 After logging in to Lenses, you should go to the Admin panel and select the Service Accounts option. After that click on the New Service Account button and add the necessary information.

The creation of the new service account is illustrated in the following screenshot. 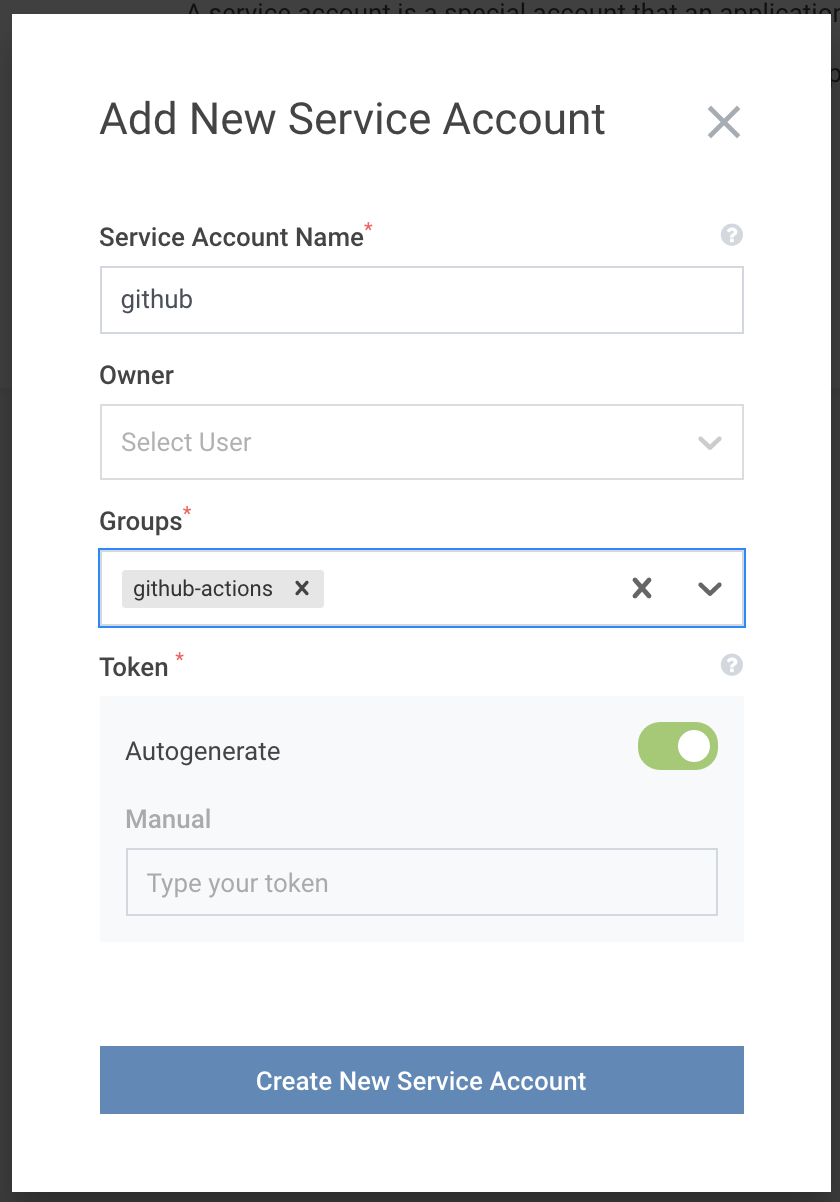 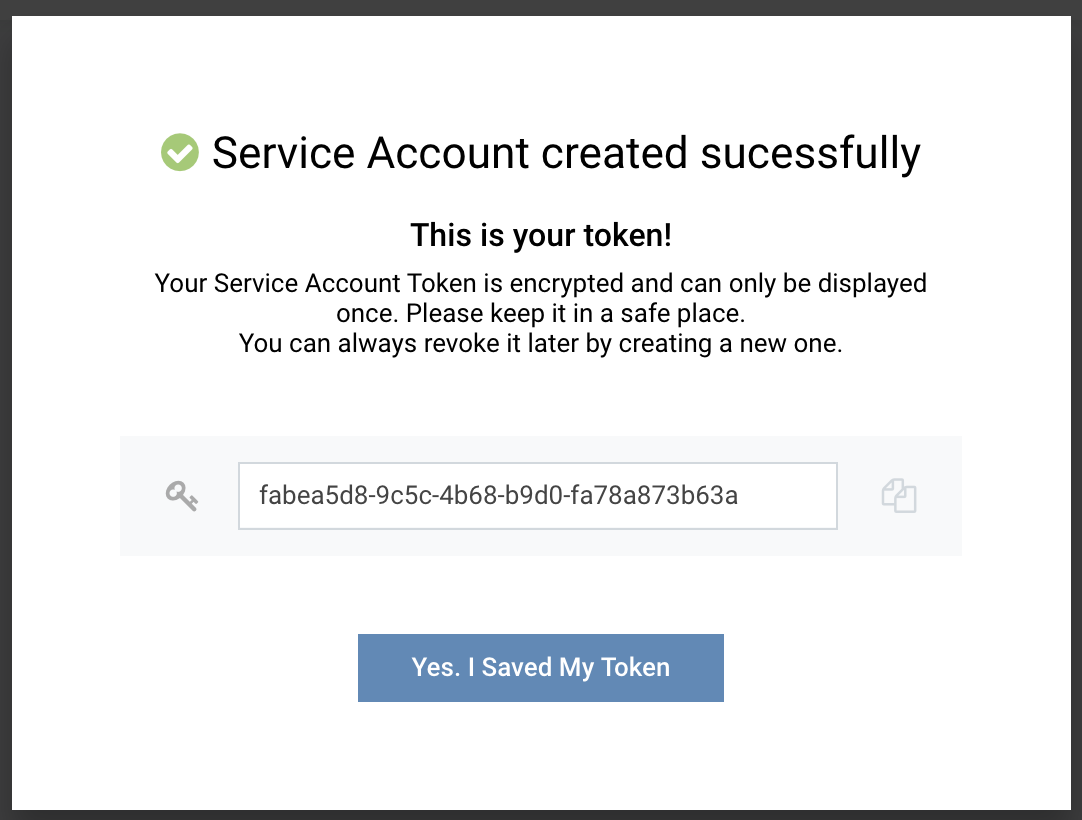 This security token will be displayed only once and there is no other way to be displayed again in Lenses. This means that you will have to save it in order to be able to put it in a GitHub Secret variable or use it elsewhere.

We will create a new Kafka Topic (Dashboard > Topics) in Lenses to store the records coming from GitHub Actions. The name of the Kafka topic will be github-logs and is going to be created as follows: 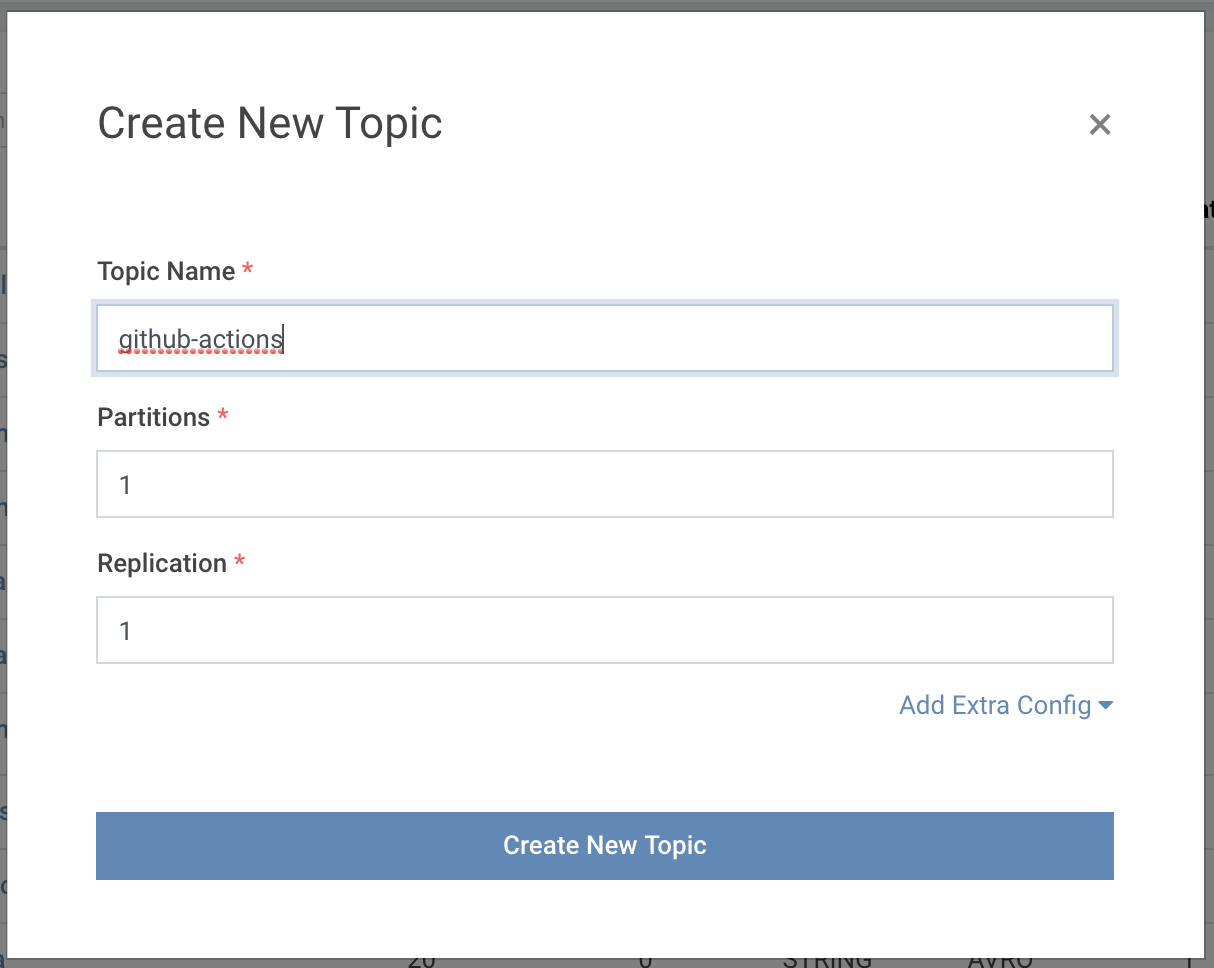 After that go drill down to the created topic and change the serialisation type of the topic key and values as STRING and the value as JSON followed by clicking Update.

Note that you will need to create the Kafka Topic only once, which is the main reason that we do not automate the creation of the Kafka topic. Additionally, you can also create a Kafka topic in Lenses using lenses-cli and the lenses-cli topic create command or with a SQL command in SQL Studio section.

Last, note that it is not necessary to define the structure of the JSON records that will be stored in github-logs.

The value of the token that was generated by Lenses when creating the service account is what is going to be stored as a GitHub secret.

In your GitHub repository go to the Setting tab and select Secrets from the left column. You will see existing secrets, if any, and a Add new secret link that you will need to click on.

The next screenshot shows the creation of the new secret in GitHub UI. 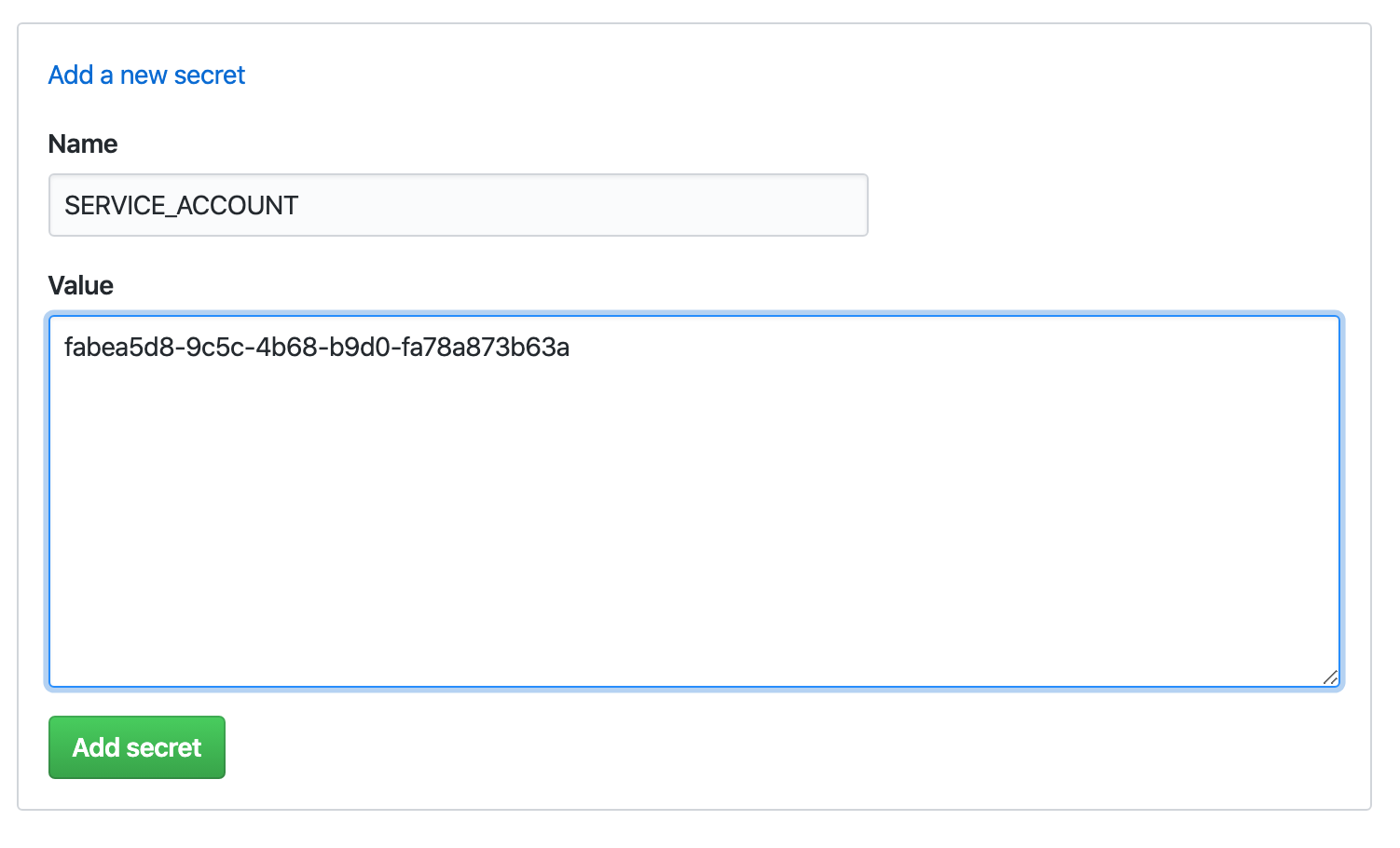 You can create a new GitHub action in an existing GitHub repository by going to the Actions tab and selecting the type of action you want to create. In our case, the type of action will be Simple workflow, which means that you should click on the Set up this workflow button under Simple workflow. This will allow you to create a new configuration file. As we will make the necessary changes afterwards, we will press on the Start commit button on the top right corner and continue with the default configuration. 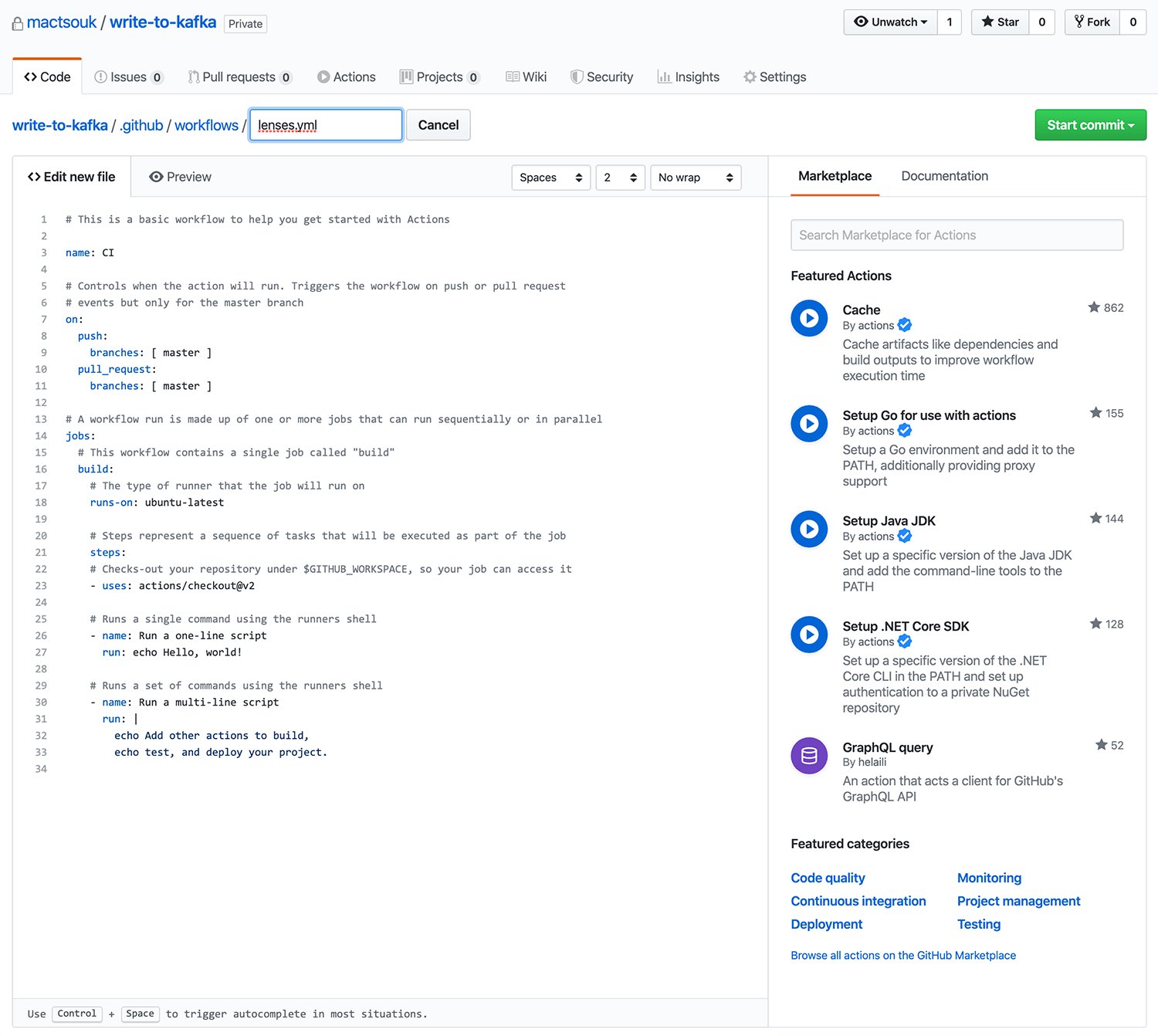 All GitHub actions are defined and implemented under the .github/workflows directory of your GitHub repository. In this case the name of the YAML file with the definition of the GitHub action will be lenses.yml.

When a GitHub Action is triggered and before it gets executed, GitHub automatically creates and sets a number of environment variables, including the following:

The contents of the lenses.yml file are as follows:

It is really important to understand how you can access the GitHub secret that we defined earlier because this has to be done through the use of an environment variable. So, you access the secret as secrets.SERVICE_ACCOUNT in your YAML file and you assign its value to an environment variable named SERVICE_ACCOUNT that will be accessible in the GitHub job.

lenses.yml also shows how you can download and extract lenses-cli in case you need it for querying Lenses or performing other administrative tasks.

The values of the on key define when this job will be triggered. The last command is lenses.yml is a bash script that will be shown in the next subsection.

The last step in the job is the execution of a script named insert.sh. Although it is not mandatory to use a script, a script is very convenient for grouping and executing a set of commands.

The contents of insert.sh are the following:

The insert.sh script is using curl(1) for inserting data into Lenses.

The definition of the endpoint variable includes the name of the Kafka topic as well as the type of its key (kt=STRING) and its value (vt=JSON) and is really important for the successful execution of insert.sh.

Additionally, the value of server is the hostname or the IP address of the Lenses server and should be accessible from the Internet. If you do not have a Lenses server available on the Internet, you might find the ngrok utility really helpful.

Once you start pushing, pulling, raising issues, branches and adding comments to your repository, the GitHub action we defined will start being executed and write data to Kafka topic through Lenses.

We can visit the github-actions Kafka topic and see its entries. 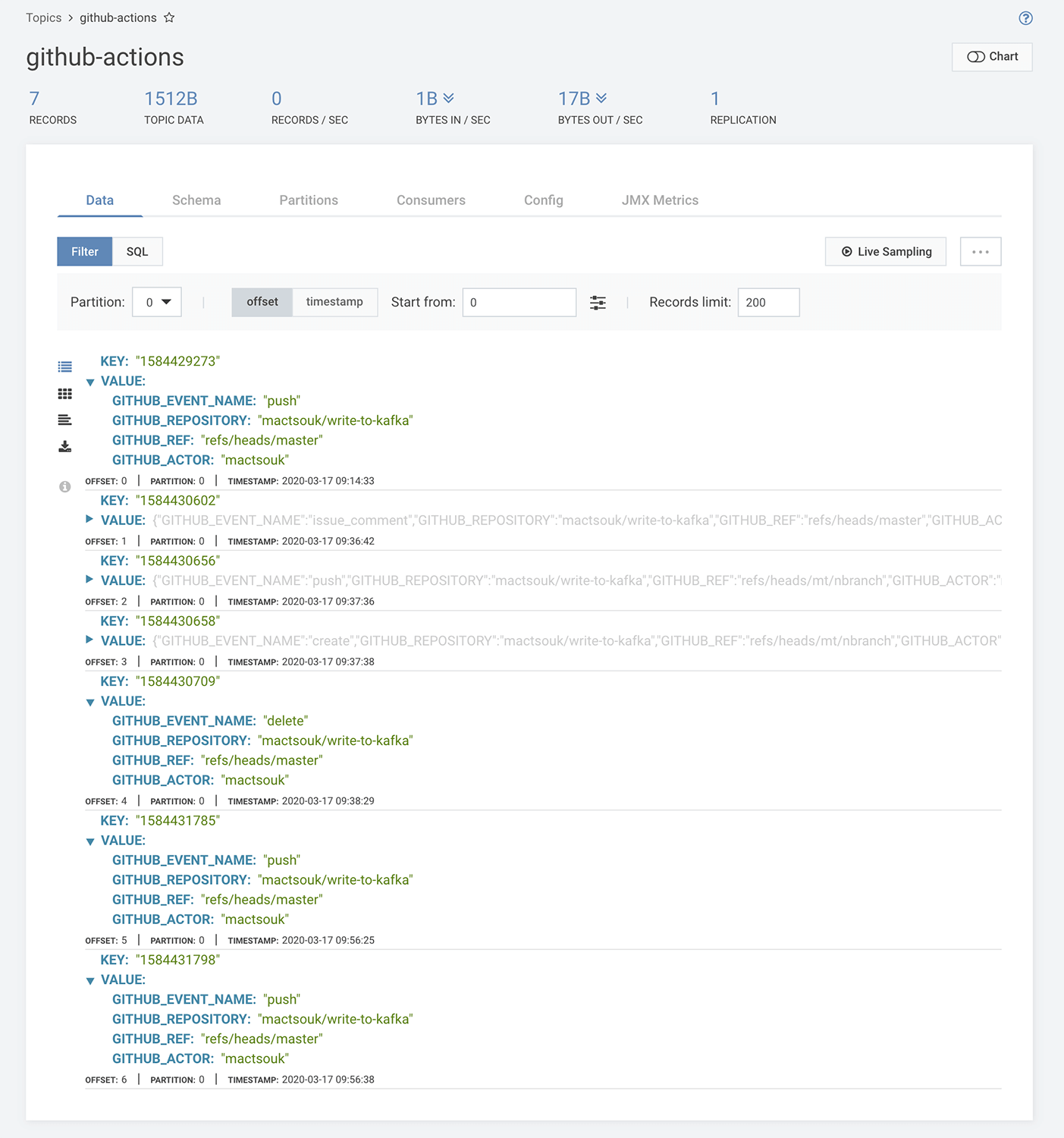 Additionally, you can check the results of the GitHub action in GitHub UI. 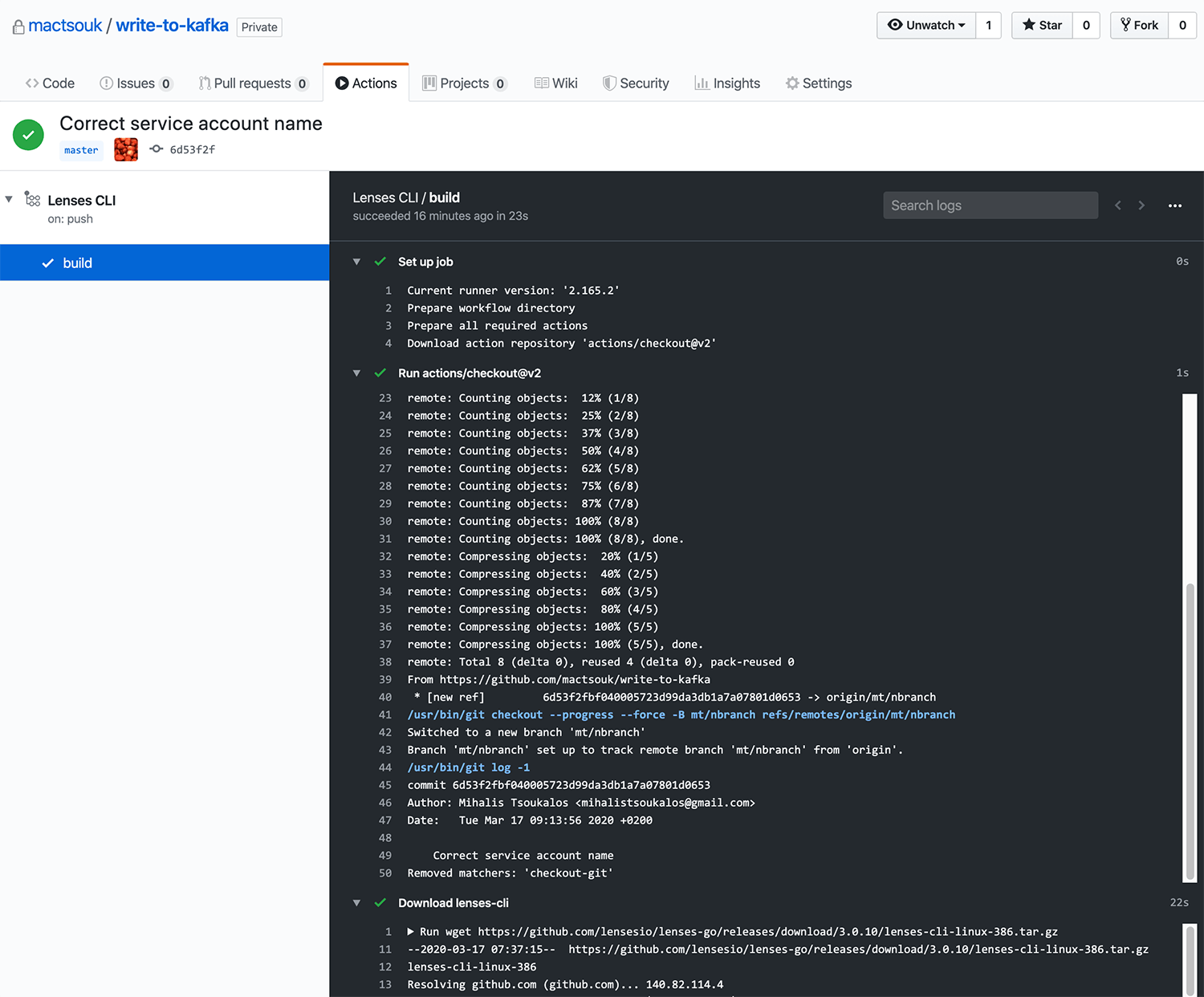 If there exist any errors in the definition of the GitHub Action, they will be shown in GitHub UI.

Now that you know how to use GitHub actions to communicate with Lenses, you should start automating as many things as possible. Learn how to apply GitOps to your real time pipelines in our blog.