Learn how to integrate Apache Kafka with InfluxDB using Kafka Connect and implement a Scala Avro message producer to test the setup.

MQTT to Kafka to InfluxDB to view data in Kafka.

Time-series data stores are of particular interest these days and influxDB is a popular open source distributed time-series database. In this tutorial we will integrate Kafka with InfluxDB using Kafka Connect and implement a Scala Avro message producer to test the setup.

Finally, we will verify the data in influxDB and visualize them in Chronograph.

Data in influxDb is organized in time series where each time series has points, one for each discrete sample of the metric. Points consists of:

The structure is of the data is:

For both the InfluxDB and Kafka ecosystem setup we are going to use Docker. If you don’t have docker installed on your machine, follow the instructions on their website.

Enter the InfluxDB Shell and create a database and a user:

You may find more info on this docker image here.

In order to set up Kafka we will need a set of systems to be installed. We are going to use fast-data-dev docker image, which includes everything we need for this tutorial:

You may find more on fast-data-dev documentation here.

While this is running for the first time it will run some integration tests and create some topics and connectors for you. You are able to access the landing page for the container at http://localhost:3030

Data usually originate from somewhere. For example, an embedded sensor can produce data at frequent intervals. For the shake of the example we are going to create a simple Kafka Producer in Scala to transmit some metrics

Our fast-data-dev docker image provides Kafka Connect and has already added the influxDB connector in the classpath of the available plugins.

We will now use the kafka-connect-ui to configure the connector: 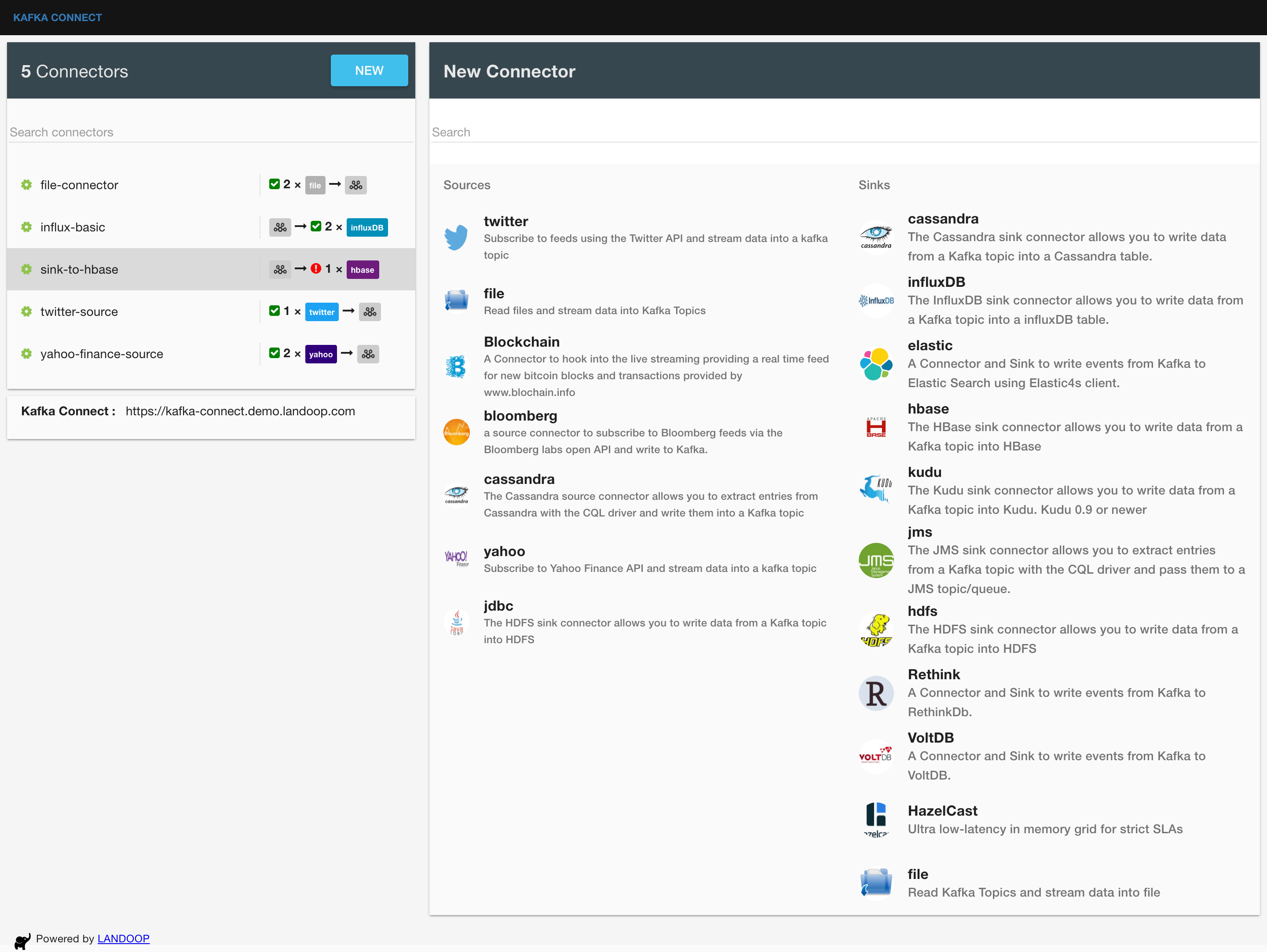 or from command line:

InfluxDB Sink connector supports KCQL (Kafka Connect Query Language) and this allows us to filter fields from a Kafka topic without needing to do any extra processing. Let’s say in our case we are only interested in storing the temperature for a particular device in a time series within InfluxDB.

deviceMeasurement is the time series namespace (measurement) for influxDB

WITHTIMESTAMP will add the time in the point. If we omit it from our query then influx will add a system timestamp.

Now lets create a simple producer that sends these types of event messages into Kafka. We are going to use Avro format so that we can maintain the schema of the data in the Schema Registry. In this example both the key and the value of the Kafka message will be in Avro format. Of course you may use any other Serializer.

We create the case classes that describe the schemas for the key and the value and then use call the producer with some random values.

We can see the schemas created in http://localhost:3030/schema-registry-ui

We can see the Kafka messages generated in http://localhost:3030/kafka-topics-ui

and also InfluxDB should also be getting data:

Here is how our time series chart may look like: